Climbing an old mine style quarry

I have seen these large boulder rocks from an old mine/Quarry a few times when in the countryside, and today walking past them I decided I wanted to try get to the top to get a better view.

To be honest was probably not the best idea as it was a very hot day and there was no shops to get any water for miles I keep forgetting to pack a water bottle.

Was worth the climb to see the view was a little difficult getting down as all the rocks were lose and a fall from that height would probably be fatal or result in serious injury.

I was out in the countryside in England doing some photography and looking for some animals when I was standing near a farm wall it was getting late around 5pm I heard a noise so thought it was a small bird in the bush.

So I put some wild bird food on the stone wall the next minute a small wild field mouse popped out eating the bird food.

So I then put a small piece of chocolate on the wall along with my GoPro camera the small mouse did not seem to mind me being there while filming with my phone and the camera light on as it was getting dark.

I was out in the countryside trying my new float that I had bought for my camera so it would float on the surface.

I threw the camera in, then after a minute or two, I saw something moving on the rope that the camera was attached to.

As I looked down, I realised it was a small bumble bee trying to get out of the water onto the rope. The poor little bee had been drowning, so I knew I had to help.

I put the small bee on my hand and arm to get dry in the sunshine. Then, after a few minutes, I put my hand near a daisy flower so the bee could get some nectar. The bee then went onto the flower and flew off.

I don't know if people know, but bees are really important for humans to survive. They often say bees pollinate up to 60% of the world's food, so without them, humans would struggle to survive.

Many people just don't know how important these small insects are. I often see the hashtags #SavetheBees on Twitter and around the internet I think it should be a lot more popular considering the importance of Bees to human survival.

Swan eating from my hand

I was in a park in the South of England. I had been there before but was in the area. Last time I was there I went near to the lake and all the swans, geese, and other birds walked over to me, but I had no food to give them.

This time I bought some food to give them. I was thinking to myself, I wonder if I could hand feed the swans and geese.

Many people have told me to avoid swans as apparently a bite from them can break bones and they can supposedly bite fingers off as they have sharp cartilage type teeth and are aggressive. 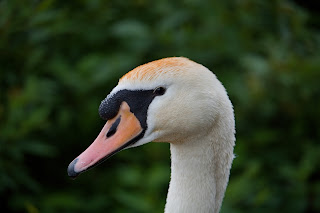 To be honest, the last time I was there, I saw a dog run near the lake, and the swan went crazy chasing after it, so they are always up for a fight, and they appear to be the Spartan soldier of the bird world.

The geese came over at the same time. I tried to give some of the food to the geese but the large swan kept biting at them to go away. Below is the video I recorded. I used a number of cameras to get different angles.

Swans are amazing animals. Well, all animals are cool. I think the issue is that many of us don't know how to act around animals, so we tend to scare them off by moving fast or making noises loudly.

There are a lot of cool animal videos online. One of the best sites I would recommend is

They also have a YouTube channel that is good as well. Well worth checking out.

Frogs at night In English countryside

I decided to have a walk, or should I say drive, to the little lake where I found the tadpoles from my last YouTube video.

The plan was to see if I could find any wildlife around the lake at night. I was expecting to see maybe some rabbits, a fox, or some frogs.

Well, I got one right. I did see quite a few frogs. I am not sure what type of frog they are. I got a few short clips from my camera and phone camera, so I edited and combined the videos into one which you can see below.

I did try to keep a little distance from the frogs as I did not want to disturb them. Many people try to pick them up, but that's not the right thing to do. You should always try your best not to alarm or disturb any animals where possible.

The thing about frogs as well is that they can be difficult to see if you are walking over grass, so it is important to take slow steps and have a torch or some form of lighting to see where you are stepping.

Last thing you want to do is stand on one of the little jumping creatures.

I found a nice steady, calm lake while out in Derbyshire, so I knew this would be perfect to film some underwater footage with my new cameras that I had just paid a hefty price for I did get some discount but they will be worth the money in the long run.

As I got my camera ready for the underwater dive, I noticed a wildlife film crew doing the same thing, but instead of their underwater cameras costing £450 like mine did, they had top of the range cameras that must of cost a fortune as well as sound equipment. 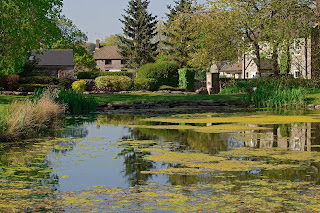 I am not sure who the film crew were, but they were clearly fully equipped with equipment for underwater photography and filming. They had snorkels and other types of equipment.

Anyway, I used my cameras to film the tadpoles and fish. The water was quite clear in some places, but there were still weeds and other plant life that could cause a hazard to my cameras.

I did not want to venture too far with my cameras until I knew I had added them to my insurance cover. It was better to be safe and covered than lose a new camera in Davy Jones's locker.

This footage is just a quick video as I get better at filming I will try new styles and ideas.